Why the Fed's Desired Interest Rate Hike Matters So Much 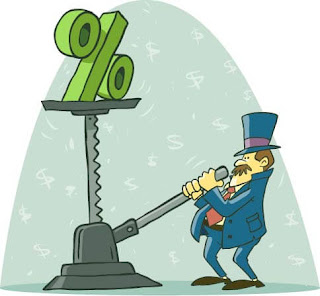 In December 2008, the Federal Reserve set its benchmark interest rate close to zero as a way to bolster the economy. The rate has remained there ever since.

Leaving the rate that low, for this long, is unprecedented. In fact, the last time the Fed raised interest rates was in June 2006.

Now the Fed wants to raise its key interest rate — the federal funds rate — which has been set between 0.00% and 0.25% for nearly seven years. That has led to increased volatility and instability in the stock markets.

When interest rates are this low, even small increases make a big difference.

Very small absolute changes in interest rates are proportionately large when the primary interest rate is so low.

That’s why the market has been thrown into such turmoil in recent months over the prospect that the Fed will soon rise its key interest rate — likely by no more than a mere quarter point.

The federal funds rate is the amount banks charge each other for overnight loans. It is set by the Federal Reserve through its purchases and sales of short-term Treasuries in trades with commercial banks.

The Fed typically raises or lowers the funds rate in quarter point increments.

If the funds rate increases from 0.25% to 0.50%, the rate effectively doubles. That’s why the markets are freaking out. A quarter point is typically a small movement, but when the funds rate is as low as it is now, a quarter-point hike is relatively huge.

If, for example, the 10-year Treasury moves from 2% to 2.25%, that quarter-point increase actually represents a proportional increase of 12.5%, which is substantial.

However, when the 10-year is at 5%, a quarter-point increase isn’t nearly as impactful.

By setting the funds rate near zero, the Fed went as far as it could with its main tool for guiding the economy. Since the Fed could no longer use interest rates to stimulate the economy, it was effectively out of ammunition.

When rock bottom interest rates didn’t have the intended effect, the Fed then used a strategy known as “quantitative easing” (QE) to try to stimulate the economy.

Employing QE, the Fed created money to buy Treasuries and mortgage securities in an effort to bring down long-term rates even further. Ultimately, the Fed utilized QE three times — QE1, QE2 and QE3, as well as “Operation Twist.”

The strategy led to a stock market bubble, pumped up the housing market (perhaps another bubble), and led to lots of mortgage refinancing.

Yet, the economy continues to muddle along, with an annual growth rate of roughly 2%.

When the next financial crisis or economic downturn occurs (and we all know it’s coming), the Fed will have one less tool to employ with its benchmark rate near zero. That’s why it desperately wants to raise the funds rate as soon as possible.

The problem is that outside forces are stymying the Fed’s plans.

Additionally, the global stock market rout has everyone worried right now. The entire global economy is slowing (for example, Japan, Brazil and Canada are all in recession), which will likely affect the US at some point.

When that moment arrives, the Fed wants to be ready to act by cutting interest rates again.

But it can’t do that until it raises them first.

Kind of a nutty situation, huh?

With the funds rate so remarkably low, the Fed is performing a high wire act at present, and desperately hoping to avoid global cross winds.

That's an unlikely prospect right now.
Posted by The Independent Report at 11:22 AM