The US is Nowhere Near Full Employment 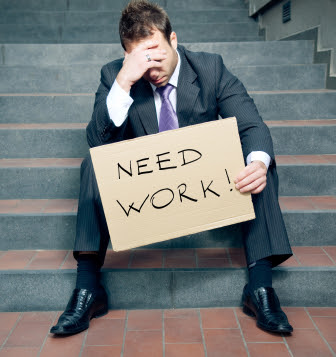 The US unemployment fell to a 17-year low of 3.9 percent in April.

While, on its face, that seems like good news, the unemployment rate has been falling for years because out-of-work Americans have exited the labor force.

There is something deeply wrong with, and misleading about, an unemployment reading that improves because people stop looking for work. That's on top of the fact that it's absurd to count people who aren't even working as part of the labor force simply because they are looking for a job.

The so-called U-6 unemployment rate -- which is a broader measure of unemployment because it includes people who want to work but have given up searching and those working part-time because they cannot find full-time employment -- dropped to 7.8 percent last month, the lowest level since July 2001, from 8.0 percent in March.

Yet, that's twice the official U-3 unemployment rate, which the government prefers to reference, for obvious reasons.

The participation rate fell for many years as women entered the labor force in mass in the 1960s. That led to a much larger pool of working-age Americans.

The labor force participation rate has averaged 62.99 percent since 1950, which is almost exactly where it is now. Yet, there are a lot more women who want or need to work today, which is why that current number is so troubling.

Some Americans don't want or need to work, but millions of people who want jobs can't find one. A total of 6.4 million Americans remain unemployed, yet it's even worse than that.

A whopping 5 million people were employed part time for economic reasons in April. These are sometimes referred to as involuntary part-time workers. These individuals, who would have preferred full-time employment, were working part time because their hours had been reduced or because they were unable to find full-time jobs, according to the US Bureau of Labor Statistics.

Additionally, 1.4 million people were marginally attached to the labor force. This means they "wanted and were available for work, and had looked for a job sometime in the prior 12 months." They were not counted as unemployed because they had not searched for work in the four weeks preceding the survey.

No one who wants to be taken seriously should be uttering the term "full employment" right now. That's disingenuous and insincere, at best. At worst, it's just plain misleading.

More job training would help and a public/private partnership could get it done. Over and over, it's been widely reported that employers can't find skilled workers. The Federal Reserve backs that contention, saying that there are labor shortages all over the country.

We need a program to close the skills gap and get workers prepared for the jobs of today.

That would require political will and consensus, little of which exists in the nation's capitol.

Posted by The Independent Report at 8:25 AM No comments: Links to this post