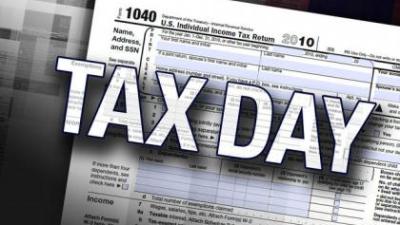 Each April 15th, the media inevitably reports that a significant portion of Americans don’t pay any federal incomes taxes. These yearly news stories lead many taxpayers to feel infuriated and outraged.

Most Americans hate paying taxes. This nation was founded on a tax revolt, after all.

Paying taxes is seen as a necessary evil to have a functioning government (albeit a bloated one on many levels), and most people pay their taxes dutifully, though begrudgingly.

Consequently, no taxpayer wants to hear about freeloaders avoiding their patriotic or civic duty to pay their taxes. It’s a reflexive and justifiable anger.

Here’s a perfect example of such a story this week, from MarketWatch:

An estimated 45.3% of American households — roughly 77.5 million — will pay no federal individual income tax, according to data for the 2015 tax year from the Tax Policy Center, a nonpartisan Washington-based research group.

Roughly half pay no federal income tax because they have no taxable income, and the other roughly half get enough tax breaks to erase their tax liability, explains Roberton Williams, a senior fellow at the Tax Policy Center.

It should be noted that the 45.3 percent figure refers to households, not individuals, and there is a big difference. Additionally, the figure includes retirees, who collect Social Security.

Most workers pay state income taxes, and all workers pay payroll taxes (Social Security and Medicare), property taxes (even renters), and sales taxes — which are levied on almost all goods and services, including utilities.

You’ve surely noticed that your water, electric, gas, cable and phone bills, for example, all include hefty taxes. There’s no getting around them.

Unlike federal income taxes, which are progressive — meaning, the more someone makes the higher their tax bracket — payroll taxes are applied at the same rate to all workers, regardless of income. This means they disproportionately impact lower income earners.

And, let’s face it — payroll taxes are indeed taxes on income paid to the federal government.

The combined tax rate for Social Security and Medicare is 15.3 percent, which is split evenly between employer and employee. However, self-employed workers pay the whole 15.3 percent tax.

Yet, the maximum taxable income is $118,500, meaning that any income above that level is not subject to the payroll tax. That favors high earners and the rich (yes, there is a difference).

The fact that 45 percent of households don’t pay federal income taxes speaks to the fact that they earn so little income, which is the really troubling matter.

A recent report by the Social Security Administration has some rather stunning findings:

Pause to reflect on that for a moment.

Given that more than half of all workers make less than $30,000 annually, it’s not all that surprising that they don’t pay federal income taxes. They simply don’t earn enough money.

Even a mere 10 percent federal income tax — which would amount to $3,000 — would be punitive to a worker who earns so little.

For perspective, we should consider the federal poverty guidelines for this year.

It’s not hard to imagine one parent working, while the other stays home with an infant or toddler(s).

The real outrage is not that so many American workers aren’t paying federal income taxes; it’s that they earn so little.

That means they aren’t helping to create adequate demand and consumption to spur the economy, and move it substantially forward.

Even worse, many of these people are full-time workers who earn so little that they qualify for federal subsidies for things like food, housing and medical. That’s the real scandal and injustice.

There are plenty of large employers (such as Walmart) who pay their workers so little that the rest of us need to subsidize them with our federal income taxes.

That’s the true outrage in this story.
Posted by The Independent Report at 11:29 AM No comments: Links to this post

Our Crumbling Infrastructure vs. Our National Debt 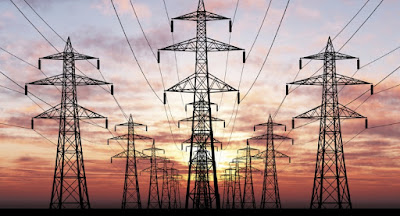 In case you hadn't noticed, the U.S. national debt has now eclipsed $19 trillion.

Despite the federal deficit being well within the limits that international economists recommend (3 percent, or less), the size of the underlying debt makes what were customarily viewed as reasonable deficits quite cumbersome.

For example, a 3 percent deficit would result in $570 billion being added to the existing $19 trillion debt. When the underlying debt is so large, even relatively small percentages of it add up to enormous sums. The bigger the debt becomes, the bigger the deficits become.

The heart of the issue is that Congress has never reconciled spending with revenues. It either needs to collect more, spend less, or both. But that never happens.

Debt can be productive if it is used for investments that result in positive returns. Unfortunately, the U.S. (like many other countries) is malinvesting, while facing ever increasing debt-to-GDP ratios.

The worst form of debt, which undermines an economy and can be crippling, is that which is used to finance existing debt.

In essence, the federal government must borrow in excess of half-a-trillion dollars this year to keep paying those whom it already owes enormous sums of money. We owe our creditors continually more, year after year, decade after decade.

This money cannot be used to build, or rebuild, our infrastructure — things such as aging roads, bridges, railways, power stations, electrical grids, water lines, sewer systems, etc. These are the things that make the country run smoothly, allowing us to transport people, goods, water, electricity, and more.

Infrastructure is the stuff that ultimately pays for itself, and helps the economy grow.

I’ve long advocated that the US should rebuild its infrastructure for the 21st Century. It would create jobs and make the economy more productive, which would ultimately create more tax revenue.

The specific infrastructure categories that need the most immediate attention and investment are debatable.

Some might argue that more roads are the wrong investment, noting that unless we all shift to all electric cars our fossil fuel addiction will be our demise. More light rail in and around urban centers and their suburbs might be a wiser choice.

Regardless, our roads are crumbling and bridges are collapsing. This is a matter of national safety. Lives are quite literally at risk.

But that’s not the only public safety hazard resulting from our antiquated infrastructure.

“Excessive lead levels have been found in almost 2,000 water systems across all 50 states, affecting 6 million Americans” reports USA Today. “At least 180 of the water systems failed to notify consumers.”

This is why infrastructure matters. America’s is antiquated, crumbling and unfit for the 21st Century.

However, with our existing $19 trillion debt, any further massive deficit burdens would be politically and fiscally risky. But with interest rates historically low, if we’re ever going to make these much-needed investments, the time is now.

It’s just hard stomach our debt having now risen to such extraordinary levels. By next year, it will reach $20 trillion. This massive debt is already hindering economic growth, which leads me to wonder, how much more will growth be constricted by our debt in the coming years?

However, it should be noted that as our debt has grown continually larger through the years, so has the economy. The IMF estimates the U.S. economy will reach $19 trillion this year.

Rebuilding our infrastructure, much of which dates back to the early and mid-20th Century, will put a lot of people to work in well-paying jobs. But those jobs will be temporary, not permanent.

China executed its own massive infrastructure build out in recent years, and now that it’s completed they have millions of idle workers. Such work doesn’t last forever.

But while the employment and economic stimulus will be temporary, the infrastructure could last more than a half century. And ours is in desperate need of repair, upgrade and modernization.

These are really big, thorny, difficult issues, and Congress doesn’t even address them honestly. Instead, it’s all typical, bullshit politics. Yet, the problems cannot be ignored.

The American Society of Civil Engineers issues a report every four years on the state of our national infrastructure. The most recent was conducted three years ago.

As you can plainly see, our failing, antiquated infrastructure is an ongoing problem that is not being given the attention, or funding, it desperately needs.

Yet, whenever there is a war that Congress deems important enough, they always find (aka, borrow) the money to fight it.

If protecting the American people is the government’s highest duty or objective, then our infrastructure is a top priority.

But that won’t leave me any less worried about our massive, and continually growing, national debt.

The only consolation is that infrastructure will almost always pay for itself in the end.
Posted by The Independent Report at 2:47 PM No comments: Links to this post