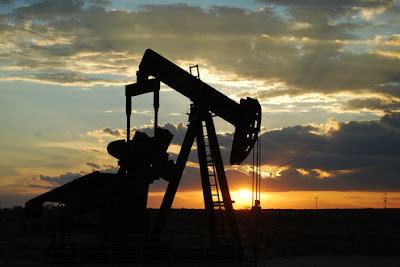 Free falling oil prices are wreaking havoc in the “oil patch.” Oil simply costs too much to recover at current prices, making drilling (much less exploration) a losing battle.

In North Dakota, the active rig count has fallen from 200 to 49 over the past four years. In Texas, the oil rig count is 271, down from 697 at the same point last year.

Layoffs in the energy sector are mounting, which will lead to home foreclosures and personal bankruptcies.

Employers in the oil and gas extraction sector have cut 17,000 jobs since the October 2014 peak, according to the U.S. Bureau of Labor Statistics.

Many energy companies are already failing, and the number will surely increase throughout the course of 2016 and beyond. The fallout will be widespread.

We can expect significant bank failures to accompany the failing energy companies they loaned to when oil was over $100 per barrel.

With oil now at roughly $30 per barrel, there will be carnage in both the energy and banking sectors. Bank failures will soon be on the rise, which will remind Americans of the fallout from the housing crisis in 2009 and 2010.

Here’s a look at this history of bank failures, going back to the year 2000:

My sense is that we are once again on the precipice of significant bank failures. Lending institutions in oil producing states, and beyond, are on the hook for the huge losses now being experienced by frackers and other high-cost energy producers.

Shale oil is expensive to extract by historical standards, and is only viable at much higher prices. Shale oil costs $50 to $100 a barrel to produce, compared with $10 to $25 a barrel for conventional supplies from the Middle East and North Africa.

At the current price of roughly $30 per barrel, many producers will not be able to survive. The cost to extract shale oil simply exceeds the returns.

This year, we will witness an avalanche of bankruptcies in the oil patch, running from North Dakota to Texas, and on to Pennsylvania. There will be continued job losses, home foreclosures and lots more failing banks.

More than 30 small companies that collectively owe in excess of $13 billion have already filed for bankruptcy protection due to collapsing oil prices.

One-third of U.S. oil companies could face bankruptcy by mid-2017, according to Wolfe Research.

The current downturn in oil is now deeper and longer than each of the five oil price crashes since 1970, according to Morgan Stanley. Yet, Morgan -- as well as Goldman Sachs and Citigroup -- expects the price of oil to plunge into $20 territory.

Wall St. is bracing for a wave of defaults in the oil sector. Standard & Poor's Ratings Service recently warned that a whopping 50% of energy junk bonds are "distressed," meaning they are at risk of default.

Corporate defaults topped 100 last year, the first time that's happened since 2009. Almost one-third of the defaults in 2015 were by oil, gas or energy companies.

The world currently produces a surplus of 2-3 million barrels per day. That surplus isn’t going away anytime soon. And as the global economy flirts with recession, demand will not rebound anytime soon either. This means low oil prices are here to stay for the foreseeable future, and the collapse of energy companies will continue.

Unfortunately, yet quite predictably, a significant number of banks are doomed to collapse right along with those energy companies.

This is a story to follow closely throughout 2016.
Posted by The Independent Report at 11:21 AM No comments: