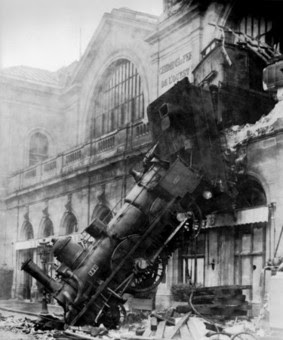 The national debt now exceeds $21 trillion. Consequently, the interest payments on that debt are rather massive.

Case in point, the Treasury Dept. this week had to borrow nearly $300 billion, the most for any single week since the financial crisis in 2008. It’s worth noting that as recently at 2007, the federal deficit was just $161 billion. Consider that: the government is now borrowing nearly twice that amount in just one week.

Federal revenues are declining due to the Republican tax bill. All by itself, aside from any new spending, the law will add $2.3 trillion to the debt over the next 10 years, according to the Treasury Dept. Of course, the Trump Administration argues that the cuts will spur the economy and thereby pay for themselves. That’s a spurious argument since it has been tried repeatedly and has never worked, except in the short term.

Despite this, spending goes on, unabated.

Where are the Tea Party Republicans when you need them? Congress and the White House are controlled by the GOP. Remember when they used to call themselves "fiscal conservatives" and "fiscally responsible," and some people took them seriously?

So, the government is simultaneously reducing revenues while increasing spending. It is a terribly reckless policy.

Remember, this is being done willfully, as opposed to during an economic crisis, when the government can’t control the collapse in revenue. The prescription in those times, in the absence of consumer and corporate/business spending, is typically a temporary increase in federal spending to uphold the economy.

It’s as if the government is trying to hasten an economic and fiscal crisis.

This all comes at a time when Donald Trump is threatening a trade war with China, which holds $1.17 trillion of US debt, In fact, China owns of more Treasury bonds than any other foreign country.

Meanwhile, the Federal Reserve is finally ending the bond-buying program it initiated during the financial crisis. Yet, somebody has to finance America’s deficit spending, which is only increasing. The United States ran a $215 billion deficit in February, the biggest in six years.

The federal government is on track to borrow nearly $1 trillion this fiscal year, the highest amount of borrowing in six years and almost double what it borrowed in fiscal 2017.

According to the Congressional Budget Office, trillion dollar deficits are now the norm and stretch into the future as far as the eye can see.

The Committee for a Responsible Federal Budget, a fiscal watchdog group, recently warned that interest payments on US debt could quadruple to $1.05 trillion by 2028 if the current course is maintained.

This is like one of those Hollywood thrillers, in which a speeding train is on course for a massive collision. All of the rail and public safety officials know it, and everyone is rushing to avert a tragedy.

However, our current predicament isn’t a fictionalized Hollywood tale and there isn’t a hero who will save us in the end. This speeding fiscal train is heading for a cataclysmic disaster and, just like the Hollywood version, all the officials know it.

The difference is that this inept, selfish group of officials (Congress and the White House) is doing nothing to stop it. To the contrary, they’re speeding up the train.
Posted by The Independent Report at 9:59 AM No comments: