Is the New Housing Bubble About to Burst? 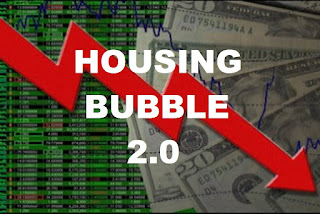 The most critical aspect of any housing market is affordability. Even in the wealthiest enclaves, buyers must still be able to afford their properties.

Even in the case of all-cash sales, in which buyers need not seek a mortgage from a bank, the buyer must be able to afford the all-in, up-front cost of the home purchase (all-cash sales were 24 percent of transactions in December, down from 27 percent in November).

The law of supply and demand is always at work. A limited supply of homes will drive up prices if it cannot meet existing demand.

Total housing inventory at the end of December dropped 12.3 percent to 1.79 million existing homes available for sale, and is now 3.8 percent lower than a year ago (1.86 million), reports the National Association of Realtors.

That brings us to the vital issue of cost.

The median sales price of a new home in the US was $288,900 in December 2015, which was down slightly from the all-time high sales price of $307,600 set in September, according to government data.

All things being equal, existing homes tend to have a lower cost than new homes, which brings down both median and average prices.

The median home price for all housing types (both new and existing) in December was $224,100, up 7.6 percent from December 2014 ($208,200). That price increase marked the 46th consecutive month of year-over-year gains, according to the National Association of Realtors.

That sort of upward trend seems quite unsustainable, and it’s reasonable to wonder if we’re in the midst of a new housing bubble.

Historically, home prices have appreciated nationally at an average annual rate between 3 and 5 percent, according to Zillow, though different metro areas can appreciate at markedly different rates than the national average.

The San Francisco Bay area, for example, has far exceeded that average, while prices in other regions have been below the average.

This historical average is important to consider as we look for signs of another housing bubble.

What's most worrisome is that the current increase in home prices far exceeds the general rate of inflation, which was just 0.7 percent through the 12 months ended in December 2015, the most recent figure published by the government.

More important than home prices is affordability. Can people pay their mortgages with their current incomes?

In order to consider affordability, we must take into account median household income.

In short, home prices have surged higher even though incomes have gone in reverse.

If we take all homes into consideration, both new and existing, the median sales price in December was, again, $224,100, which is 4.2 times median household income. That is still well above the long term average.

When you dig deeper into the income numbers, it makes you wonder how most Americans afford houses at all.

A new report by the Social Security Administration has some rather stunning findings.

This is likely why there are fewer homeowners now than at any time in the last two decades.

The US homeownership rate fell to 63.8 percent in the fourth quarter of 2015, the lowest level since early 1995. First-time buyers have been kept out of the market by strict lending standards and low wages.

A National Association of Realtors survey released in late 2015 revealed that the annual share of first-time buyers was at its lowest level in nearly three decades, falling to just 32 percent. The long–term historical average is nearly 40 percent.

The trouble is that the US population has grown significantly over the last two decades, rising from 266.3 million people in 1995 to more than 320 million in 2015.

The addition of 54 million new residents should have resulted in a massive increase in the homeownership rate. Yet, the opposite is true. There are just more renters now. Houses are simply unaffordable for millions upon millions of Americans.

All of this leads me to believe that we are indeed in the midst of yet another real estate bubble, and the one truism of bubbles is that all of them eventually burst — every single one of them.

Remember, home prices are much higher now than they were when the last real estate bubble began collapsing in 2007. Yes, the problem is even worse today!

The median home price reached an all-time high of $236,300 last June, and then began falling. It may be the first sign that the next housing collapse has already begun.

This is what the Fed’s zero interest rate policy (ZIRP) has given us. The central bankers wanted to re-inflate the housing bubble, and it worked. But a housing bubble is what caused all of our economic and financial troubles the last time.

The numbers are clear — they don’t lie. Homes are currently overpriced and clearly unaffordable for huge numbers of Americans. It’s a simple matter of prices exceeding incomes once again, and we saw how that story played out less than a decade ago.

My fear is that we are facing the same scenario all over again.

Posted by The Independent Report at 4:06 PM No comments: 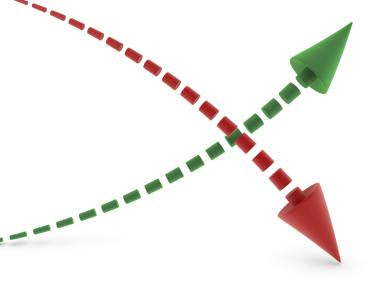 The Federal Reserve raised its benchmark interest rate by 0.25 percentage points on December 16. It was a momentous occasion because it was the first rate hike by the US central bank since June 2006 — a 9 1/2-year span.

The US had never before experienced a period anywhere near that long without an interest rate hike.

As of February 11, the Federal Funds Rate, essentially the overnight lending rate between banks, stood at just 0.38 percent. That is still remarkably low by historical standards.

For perspective, the Fed's benchmark rate has averaged 6 percent since 1971, and soared as high as 20 percent in 1980.

Since no one wants to pay to keep their money at a bank, these actions have made US Treasuries all the more appealing than usual (Treasuries have long been considered the safest investment in the world).

Yet, with investors flocking in droves to Treasuries, this demand is driving down yields. Think supply and demand. If everyone wants in, you don’t need to entice them with higher rates. Investors are already motivated to invest.

Ten-year yields dropped almost 40 basis points during the past three weeks to 1.66 percent. The record low of 1.38 percent was set in July 2012. That record may be tested in the next couple of months.

Remember, this drop has nothing to do with the actions of the Fed. It’s due to other central banks dropping rates below zero, as well as tumbling stock markets around the world, which haven't benefitted from negative rates. Investors are seeking safety amid all the volatility.

In a normal world, the Fed’s December rate hike would be having the opposite affect — raising Treasury yields. But we no longer like in a normal world.

Last August, I wondered if the Fed might “feel empowered to raise the funds rate since the downward pressure on yields would give them some cover, and room to maneuver?”

Ultimately, the Fed did indeed feel it had the cover just a few months later to raise the funds rate.

Though the Fed would surely like to continue raising its key rate to return to some state of normalcy, the realities of the slumping global economy — and the actions of other central banks — are now dictating both actions and outcomes.

By plunging interest rates below zero, central banks around the world are trying to provoke commercial banks to lend to businesses and consumers, thereby stimulating their economies.

The Fed’s caution about further rate hikes is being driven by the actions of other central banks. Cutting interest rates below zero has created a race to the bottom in global currencies. Negative rates devalue those currencies (with the hope of boosting exports), which in turn makes the dollar stronger and more appealing to global investors.

The strong dollar has already been hurting US exporters and US companies that do business overseas, which have to convert foreign sales back into dollars.

That is making sales much weaker, and revenues are falling across the board. In fact, US companies have suffered two consecutive quarters of falling revenues, which is referred to as an “earnings recession.” It’s the first time that’s happened since the Great Recession.

In short, the Fed doesn’t want to see the dollar continue strengthening. Another rate hike would assure this.

Yet, the Fed seems helpless to control the outcome of events right now, which must be quite frustrating for these Masters of the Universe.

Treasury benchmark yields are on course to set a new all-time low in March if they keep rallying at the current pace, Bloomberg reported this week.

This clearly wasn’t the outcome the Fed had in mind when it raised the funds rate in December.

Higher interest rates have a cooling affect on an economy that is (or may be) overheating, and they consequently slow inflation. However, the US economy shows no signs of overheating, and inflation is virtually non-existent.

The inflation rate was just 0.7% through the 12 months ended in December 2015, the most recent figure published by the government.

This weak inflation has to be freaking out Fed board members. This is not how the textbooks, or history, say things should be. Extraordinarily loose monetary policy (ultra-low rates) should have long ago resulted in significant (if not rampant) inflation.

It’s a sign of how sick the global economy is, and how powerful the forces of global deflation are.

The Fed is desperate to continue raising rates so that when the next crisis inevitably arrives it will then be able to cut rates once again in response, as it always has. It’s the classic tool of central banks, but one that appears to have now been removed from the Fed’s toolkit.

That will be quite problematic when the Fed eventually comes face to face with that crisis, or recession.

Given current global conditions, that moment may not be too far off into the future.
Posted by The Independent Report at 1:37 PM No comments: