Simplifying the Tax Code is Long Overdue, but the GOP Tax Plan is a Travesty 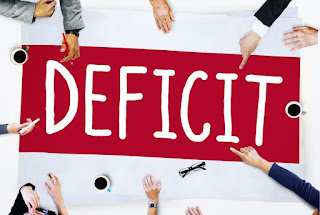 The GOP — allegedly the party of fiscal responsibility — has proposed a tax cut that they claim will cost $1.5 trillion. However, a preliminary debt calculation by the non-partisan Congressional Budget Office concludes that the plan would add $1.7 trillion to the national debt over the next decade.

That $200 billion difference is critical since it exceeds the limit Republicans agreed to for their reconciliation bill. They must restrain the cost of the bill to $1.5 trillion in order to retain the special “reconciliation” status of their tax proposal in the Senate, which would allow them to pass it with only 51 votes instead of 60. That means they could pass the massive deficit increase without a single Democrat’s vote.

This has set the stage for all manner of machinations, manipulation and massaging to get the bill below that threshold. You could call it smoke and mirrors or sleight of hand. In other words, don’t believe the $1.5 trillion figure for a minute.

The Republicans have railed against the deficit and the debt for decades but, as customary, when a fellow Republican occupies the White House, they have selective amnesia.

The GOP claims to loathe deficit spending — though the GOP-controlled Congress approves deficit spending each year, right along with the Dems — yet they have no issue with deficit-inducing tax cuts. Ultimately, they have the same result; spending takes money from the Treasury at the back end, while tax cuts take money at the front end.

We’ve got plenty of recent experience with the onerous cost of tax cuts and just how much they weigh on the deficit and debt.

The non-partisan Congressional Research Service estimated the 10-year revenue loss from extending the 2001 and 2003 Bush tax cuts beyond 2010 at $2.9 trillion, with an additional $606 billion in debt service costs (interest), for a combined total of $3.5 trillion.

A commensurate $3.5 trillion in deficit spending would result in a lot of howling by the GOP, but the same impact to the deficit from tax cuts is met with cheering and applause. It’s dubious, if not delusional.

This enthusiasm for exploding the deficit comes at a time when the national debt stands at $20.5 trillion and rising. The fiscal 2017 budget deficit was $666 billion and the fiscal 2018 deficit is $440 billion (that’s before the tax cut), meaning that our “leadership” in Washington has added more than $1 trillion to the debt in just the past two years.

Meanwhile, bipartisan pressure for additional money for defense, infrastructure and other domestic demands could add nearly $100 billion in additional spending next year alone.

The Congressional Budget Office forecasts that deficits will total $10.1 trillion over the next decade.

No less a conservative authority than Forbes has called the Republican party a “deficit fraud.”

To that point, there are other estimates that the GOP tax cut plan will cost a whole lot more than advertised.

The plan outlined by the White House and Republican leaders in the House and Senate could cost more than $2 trillion over the next decade, according to a preliminary estimate by the Committee for a Responsible Federal Budget, a nonpartisan advocacy group.

During his presidential campaign, Donald Trump insisted that he could eliminate the national debt in eight years. That would be laughable if the danger of our ever-expanding wasn’t so frightening.

This whole tax cut plan is being sold on the premise that it will spur economic growth. We’ve heard those rosy projections many times in the past and they haven’t panned put. This time will be no different.

George W. Bush and his fellow Republicans pledged that tax cuts would spur economic growth and ultimately pay for themselves. It’s an old canard that goes back to at least the Reagan Administration. So, what happened in the aftermath of the 2001 and 2003 Bush tax cuts?

Let’s take a look at economic growth by year, since 2001 (source: World Bank):

If only we could cut taxes and release the animal spirits of the economy! Just take the shackles off!

The above GDP numbers should be viewed through the following lens: Historically, from 1947 through 2016, the annual GDP growth rate in the US averaged 3.23 percent. Yet there have been just two years since 2001 in which economic growth reached even 3 percent. Furthermore, over the past 16 years, economic growth has averaged a paltry 1.79 percent.

Are you feeling conned yet? The whole notion that tax cuts spur economic growth — much less “tremendous” economic growth, as Trump would say — is pure snake oil.

Voters seem to have caught on to this ruse. Overall, the GOP tax plan is not popular with Americans. Even Republican voters worry about what this tax cut will do to the deficit, according to recent polling.

A subsequent Quinnipiac University survey had the same result: just 25 percent of voters approve of the Republican tax plan.

We all dislike paying taxes and we’d all like to pay less. But this tax plan will only accelerate our insolvency — the moment of reckoning where we have to accept that the government can’t pay for the promises it has made. Then we will have to suffer the dual pain and indignity of less government services and much higher taxes.

For nearly five decades, our government has consistently spent more than it has taken in. Since 1970, the Federal Government has run deficits in all but four years (1998–2001). Without a doubt, Washington has a spending problem.

That’s why creating an even deeper revenue problem amounts to madness.

The idea of simplifying the tax code and eliminating the dizzying array of deductions, exemptions and credits would be a great start and one that is long overdue. There are a whole host of special interests that have inserted their pet deductions or exemptions into the code and they will fight like hell to maintain the status quo.

Businesses aside, no individual taxpayer should have to spend numerous hours and hundreds to thousands of dollars just to pay Uncle Sam — it amounts to rubbing salt in a wound.

Additionally, the tax code should not be used to reward or punish tax payers or to incentivize or dis-incentivize certain behaviors/activities. If you have kids or buy a house, for example, the rest of society that doesn’t have either of them shouldn’t be subsidizing your decisions. The government shouldn’t be favoring certain groups or activities above others, nor should it be penalizing childless people or apartment dwellers.

The one thing that Republicans pushing tax reform have right is that all deductions, exemptions and credits should be permanently eliminated — all of them. Poor people should helped out by paying a lower rate. That’s why the tax code has been progressive, with multiple tiers, for many decades and it’s why it needs to remain so.

A flat tax would be punitive to the poor. Here’s why: According to the Social Security Administration, 50 percent of wage earners make less than $30,000 annually, and a lot of them come from single-income households.

Whether the tax code should have three, four or five brackets is up for debate, but I won’t argue for one of them here. Suffice to say that the progressive tax code must remain… without ANY exemptions, deductions or credits.

Once Congress does that, it will simultaneously wipe out most lobbying and lobbyists.

Wouldn’t that be nice?
Posted by The Independent Report at 7:26 AM No comments: Links to this post