As Economy Continues to Wither, Fed Remains Powerless to Stop It 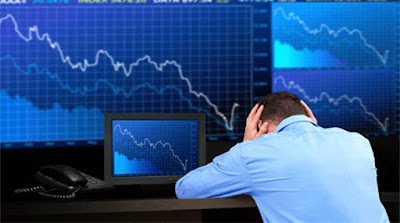 For perspective, the funds rate has averaged 6 percent since 1971, meaning is extraordinarily low at present and has been since December 2008, when the Fed dropped it to zero in response to the Great Recession.

Two years ago, former Fed Chairman Ben Bernanke commented that he didn’t expect to see the federal funds rate above 4 percent again in his lifetime.

Bernanke was age 60 at the time. I’ll bet he expects to live into his eighties. That’s a mighty long time for the funds rate to remain so historically low.

Lowering the funds rate so drastically was supposed to lift the economy out of its doldrums. That hasn't really happened.

Though we are no longer gripped by the specter of the Great Recession, the economy remains weak by normal standards.

For all of 2015, the economy grew at a 2.4 percent pace, which isn’t very good from a historical perspective.

In other words, the economy is expected to be weaker this year than last year, when it wasn’t all that strong anyway.

The Fed also slightly decreased its projection for economic growth in 2017. This is an ugly pattern.

The U.S. economy added just 38,000 jobs in May, the worst monthly gain since 2010. It shocked many economists and speaks to the trouble that may lie ahead.

Consumer spending accounts for about two-thirds of the U.S. economy, and consumers simply don’t have enough income to lift the economy.

According to the U.S. Census Bureau, the median household income for the United States was $53,657 in 2014, the latest data available (2015 Census data will be released in September).

Most striking, household income is now about the same as it was in 1996 — 20 years ago!

Rents, health insurance, prescription drug costs and tuition have all risen -- and are still rising -- much faster than the general rate of inflation and, more importantly, much faster than median family income.

So, let’s circle back to the federal funds rate, where we began.

Banks make their money by lending money and collecting interest payments. They hate interest rates being this low.

The Federal Reserve doesn’t want rates this low because it exists to serve the interests of the private banks that own and control it.

But it can't raise the funds rate because the economy is too weak to handle it.

When the next recession or financial crisis strikes, the Fed will want to be able to lower the funds rate in response as a means of stimulus.

But with the funds rate at 0.38 percent, there is little room to maneuver.

The Fed is out of answers and out of ammunition in its fight to stimulate and invigorate the economy. The lack of results has got to be very frustrating, and frightening, to the central bankers.

History and the economic text books say this isn’t supposed to be happening. After all previous recessions, the economy took off like a rocket.

The Fed has its hands on the wheel, but it has no control. Events have gotten ahead of it, and it is simply along for the ride.

Posted by The Independent Report at 3:30 PM No comments:

Dwindling Lake Mead Should be a Wake Up Call to Southwest 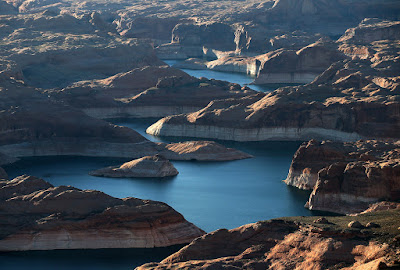 Lake Mead reached an all-time low in May, falling below the previous record set in June 2015.

Why does this matter?

Well, Lake Mead is the largest reservoir in the United States, in terms of water capacity.

Most critically, Lake Mead provides water to the states of Arizona, Nevada and California, as well as Mexico, serving nearly 20 million people.

Lake Mead was established in 1936. At the time, the populations of the cities it serviced were rather meager.

There are whole lot more people living in those cities today.

According to the Census Bureau's 2015 population estimates, Phoenix had a population of 1,445,632, and the Valley had 4,574,351 total residents, making it the 12th largest metropolitan area in the nation by population.

The point is, the populations of the regions served by Lake Mead have grown exponentially since the reservoir was created. Meanwhile, the lake's water level has declined precipitously.

Lake Mead receives the majority of its water from snow melt in the Colorado, Wyoming, and Utah Rocky Mountains, via the Colorado River.

However, flows have decreased during 16 years of drought.

In fact, the lake has not reached full capacity since 1983, due to a combination of drought and increased water demand, and is now only about 37 percent full.

As a result, there are valid concerns that the federal government will declare a shortage in 2018, which would trigger cutbacks in the amount of water flowing from the reservoir to Arizona and Nevada.

If the lake’s level is projected to be below 1,075 feet at the start of next year, the Interior Department will declare a shortage.

California, which holds the most privileged water rights from the Colorado River, would be the last to face reductions. The earliest and most significant cutbacks would be felt by Arizona and Nevada.

The three states will eventually need to reach an agreement on sharing in the cutbacks to prevent an even more severe shortage.

The United States and Mexico also need to negotiate a new agreement on water sharing from the Colorado River.

A water shortage in the region is a really big deal since Lake Mead, nearby Lake Powell and the Colorado River provide at least part of the drinking water supply to nearly 40 million people in the western United States.

The water system also allows for agriculture and energy production.

The current drought and the bleak status of Lake Mead should be of great concern to everyone in Arizona, Nevada, and the entire desert Southwest. This problem is not going away; it will only worsen. It will affect migration, business and property values.

Population growth and heavy demand for water have run head on into a dwindling Rocky Mountain snowpack and a rapidly changing climate.

Supply and demand are divergent and incompatible.

Neither the government or scientists can magically create more supply; they can’t control the weather. All they can do is attempt to lessen demand.

But that is an enormous, perhaps impossible, challenge in the Southwest, which scientists say has millions more inhabitants than nature intended, or for which it can provide.

Eventually, millions of residents, as well as the businesses that serve and support them, may be confronted with an inability to continue living in the arid, parched desert of the American Southwest.

This isn't farfetched or extremist.

A 2008 paper in Water Resources Research stated that at current usage allocation and projected climate trends, a 50% chance exists that live storage in Lakes Mead and Powell will be gone by 2021.

Posted by The Independent Report at 2:52 PM No comments: