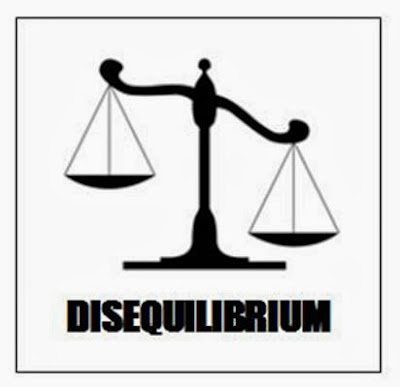 Despite its difficulty generating consistently strong economic growth, the U.S. is having no trouble growing its already sizable debt.

For years now, I've discussed the slower U.S. economic growth rates on this page, and all of the reasons for this. Growth has been slowing for many years and the downward trend will likely continue well into the future, perhaps to the point of zero growth.

We won't know for another couple of months how much the U.S. economy grew in 2013, but we already have some estimates.

The Federal Reserve projects that the economy grew between 2 percent and 2.3 percent in 2013.

However, Kiplinger projects that, on the heels of the sequester and government shutdown, the economy grew just 1.8 percent in 2013.

Meanwhile, the Conference Board projects that the economy grew 1.7 percent last year.

Growth has been, and will likely remain, a challenge. The economy will have to expand much faster than those estimates just to keep up with the nation's continually mounting debt. The U.S. needs a combination of growth and inflation to pay off years of already accumulated debt.

The national debt has surpassed $17.3 trillion and continues to grow each and every month. Since all money is loaned into existence, and is therefore created as debt, the process of perpetual debt growth will continue until the system can no longer sustain itself and ultimately collapses.

While funding our massive debt expansion, the Federal Reserve is concurrently increasing, or inflating, the nation's currency. This process devalues our money.

By devaluing the dollar through the process of money printing (or quantitative easing), the Federal Reserve is simultaneously trying to create an export boom while also reducing the impact of the national debt.

A devalued dollar makes American goods cheaper overseas, and it also makes paying down existing debts easier because those dollars are worth less. In essence, it allows a nation to repay its creditors with money that is worth less than the money that was lent.

If the economy were growing strongly enough, it would help to offset the continually expanding debt to some degree. But that is not the case.

Yet, as with many other developed nations, U.S. growth rates have been decreasing over the last two decades. In the 1950’s and 60’s the average growth rate was above 4 percent. In the 70’s and 80’s it dropped to around 3 percent. And in the last ten years, the average rate has been below 2 percent.

Some contend that the U.S. can simply grow its way out of debt. This is delusional. The historical data shows a consistently downward trend in growth, coupled with a steady growth in debt.

Since about 1980, debt has been growing much faster than GDP. But it is not possible to continually grow your debts faster than your income.

Consider America's economic growth rate over more than two centuries — essentially the entire existence of this nation. Over the past 220 years, U.S. GDP has averaged an annual growth rate of 3.8 percent.

Yet, between 1980 and 2013, total credit market debt (corporate, state, federal and household borrowing) grew by a whopping 8 percent per year. Anything growing by 8% per year will double every nine years. That is plainly unsustainable.

It's quite optimistic to believe that the U.S. economy, which hasn't surpassed 3 percent annual growth since 2005, can sustain a 3.8 percent rate going forward. Even if it did, an annual growth rate of 3.8 percent cannot support annual credit growth of 8 percent.

The total U.S. debt-to-GDP ratio currently stands at around 350 percent. That extraordinary debt level is already hindering economic growth. The stark reality is that we cannot, and will not, grow our way out of debt. Debt growth is simply outpacing economic growth.

After four consecutive years of trillion-dollar deficits, the fiscal 2013 deficit fell to $680 billion. This is being celebrated in Washington as a real sign of progress, even a victory. While the fact that the deficit has fallen for the last three years is a good thing, let's be clear: by any definition, the U.S. still has an absolutely massive deficit.

Let's take the most optimistic view: At $680 billion, the fiscal 2013 deficit was 51 percent less than in 2009, when it hit a nominal record high of $1.4 trillion. As a percent of the economy, the deficit is also considerably smaller than it's been in the past five years, coming in at 4.1 percent of GDP. By contrast, the budget deficit in 2009 topped 10 percent of GDP. And last year it was 6.8 percent.

But no matter how you spin it, this nation is still faced with a continual budget deficit that is adding to the national debt each and every year.

And that was considered progress.

With all of this in mind, you have to possess an extraordinarily optimistic point of view to perceive the $680 billion deficit as a reason for celebration or back-slapping.

Furthermore, the U.S. made $415.6 billion in interest payments in 2013, nearly 16% higher than in 2012. Our debt has massive costs and it robs from critical domestic needs.

If the interest rate on the national debt just went up to the 20-year-average rate of 5.7 percent, almost all tax revenue would go toward paying the interest — leaving nothing for healthcare, food stamps, bridges and roads, social security, or defense. Just interest on debt.

What's critical to consider is that even if the government somehow balances its budget and eliminates deficits going forward, it still wouldn't address the trillions in underlying debt. It would simply stop adding to it. In essence, it would just stop digging a deeper hole.

By 2038, the CBO projects that "the federal government’s net interest payments would grow to 5 percent of GDP, compared with an average of 2 percent over the past 40 years, mainly because federal debt would be much larger."

The most vexing problem for the U.S. going forward will be its inability to grow the economy adequately enough to manage all of the new debt that will continually be added each and every year in the decades ahead.

The nation will have to make some really difficult decisions about how much government it wants to pay for. One thing is certain; current tax and spending levels will have to be altered in the years ahead. The economy simply won't grow enough to pay for all future expenditures based on current levels, much less all the interest on our mountainous debt.

That debt will continue to squeeze the economy and the federal budget. As I've said previously, tough choices lie ahead.

As the CBO notes, "At some point, investors would begin to doubt the government’s willingness or ability to pay U.S. debt obligations, making it more difficult or more expensive for the government to borrow money."

That's a predicament the U.S. has never before faced in its history. While such a scenario was once unimaginable, it is now likely.

Posted by The Independent Report at 6:36 PM No comments: Links to this post