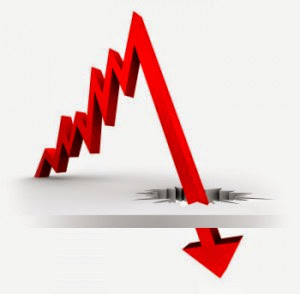 If you think you've got it bad because your bank pays you just 0.10 percent (or even 0.01 percent) for keeping your money in a savings account, consider the plight of European bank customers.

Many European banks (such as those in Sweden, Switzerland, Denmark, etc.) pay negative interest. Depositors are actually charged to keep their money in an account. In essence, depositors are lending money to borrowers for free. Consequently, the banks are making money coming and going; both borrowing and lending.

The idea is to dissuade people from saving and instead encourage spending, with the hope that this will stimulate the economy.

However, the central banks in some countries are also attempting to make their currencies less valuable. A lower valued currency makes exports cheaper, and increasing exports can also stimulate an economy.

The European Central Bank (ECB), for example, cut a key interest rate below zero in June — the rate it pays to banks on reserves held at the ECB. The idea is to compel banks to lend money, rather than lose principle by having it sit idly at the central bank.

The ECB will vote this week on whether to engage in a money-printing / bond-buying scheme known as "quantitative easing." However, due to Germany's history with hyperinflation after WWI, it has been hesitant to approve such a strategy, which is intended to stimulate the eurozone economy and combat deflation. Despite this, the plan is expected to pass.

A "quantitative easing" program of this type would drive down the value of the euro, pushing higher the value of other currencies, such as the dollar.

These are strange times indeed, and policy makers are willing to employ the most extreme measures to stimulate their economies, fight deflation, and boost exports.

However, negative interest rates can have unintended consequences, such as compelling depositors to remove their money from banks and seek higher yielding assets or investments.

Money market funds, for example, can plunge as investors exit. Yet, money markets are key sources of short term financing for banks and corporations. If money markets crash, the entire financial system would be thrown into turmoil.

Most critically, when a central bank offers negative interest rates, other banks are disinclined to keep deposits parked there. Rather than encouraging lending (the desired outcome), this can instead cause increased speculation and risk taking through "yield chasing."

While the Federal Reserve and US banks are not (yet) offering negative rates, they could be compelled to follow Europe's lead to fight deflation, or to help boost US exports and lower the massive trade deficit.

A financial crisis can quickly become an economic crisis, and both can lead to contagion. The 2008 financial crisis, which initiated in the US, quickly went global. The international response became a game of follow the leader.

With that in mind, the precedent for negative rates has been set, and it's not unimaginable that US banks might eventually offer negative interest rates as well. But that would just cause Americans to hoard cash in safes, vaults, and bank deposit boxes, rather than deposit it.

Though all export countries want a devalued currency to make their exports more desirable, such a strategy is a race to the bottom. Not everyone can have the cheapest currency and the cheapest exports.

A devalued currency also makes the repayment of fixed debts less painful, which is why governments generally favor devaluation.

But this is not a zero sum game. Every central bank is pursuing the same strategies, and hoping for the same outcomes. That is not possible.

If every country has a cheap currency, then none of them do. And investors will always chase higher yields — even the highest yields — despite the risks involved.

Perhaps the most sobering takeaway is this: If central banks aren't intentionally reducing the value of your money through inflation, they are willing to depreciate the value of your savings with negative interest rates.

Heads, they win. Tails, you lose.

Posted by The Independent Report at 6:18 PM No comments: Links to this post

Americans Are Living On The Edge 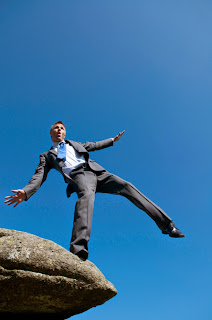 Stagnant incomes have resulted in little or no emergency savings for most Americans.

Approximately 62% of Americans have no emergency savings for things such as a $1,000 emergency room visit or a $500 car repair, according to a new survey of 1,000 adults by personal finance website Bankrate.com.

In the event of an emergency, they say they would have to cover the cost by reducing spending elsewhere (26%), borrowing from family and/or friends (16%) or using credit cards (12%).

Financial planners typically recommend that people have a minimum of three to six month’s worth of living expenses in emergency savings. Clearly, $500 or $1,000 is far less than that, so this survey indicates that a significant majority of Americans are living on the edge, from paycheck to paycheck.

Last summer, in the same size survey, Bankrate.com found that 26 percent of all Americans have no emergency savings whatsoever.

Personal savings are low by historical standards, and they are trending downwards.

The downward trend in savings is little surprise. If people don't have money to save, then they won't — or can't.

Americans are 40% poorer today than they were in 2007. The net worth of American families — that is, the difference between the values of their assets, including homes and investments, and liabilities — fell to $81,400 in 2013, down slightly from $82,300 in 2010, but a long way off the $135,700 in 2007, according to a report released last month by the nonprofit think tank Pew Research Center in Washington, DC.

The problem isn't isolated to the fact that most Americans suffered from the housing crash. The issue is also related to stagnant wages, which has been a big problem for decades.

After looking at five decades’ worth of government wage data, the Pew Research Center found that for most U.S. workers, real wages — that is, after inflation is taken into account — have been flat or even falling for decades.

"After adjusting for inflation, today’s average hourly wage has just about the same purchasing power as it did in 1979, following a long slide in the 1980s and early 1990s and bumpy, inconsistent growth since then. In fact, in real terms the average wage peaked more than 40 years ago: The $4.03-an-hour rate recorded in January 1973 has the same purchasing power as $22.41 would today."

This is not an environment that allows Americans to save for personal or family emergencies, much less plan for retirement.

So, the findings by Bankrate.com should surprise no one.

Posted by The Independent Report at 11:52 AM 2 comments: Links to this post