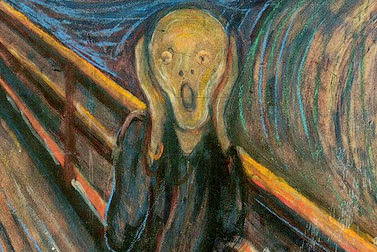 Though the 10-year Treasury is currently yielding 2.69%, which is 95 percent higher than the record-low set nearly two years ago, it is still extraordinarily low by almost any measure.

Without some perspective, the above figures may seem trivial or inconsequential. In order to have some meaning, a little historical perspective is in order. So, I dug into the Treasury Department data and did a little research:

So, the current yield is hovering right around that five-year average. But the trend is clear; the 10-year Treasury has been falling for the last few decades. And, as the following chart (courtesy of Doug Short) reveals, the rate has been in long term decline since the early 1980s.

However, we can also see that the ultra low rates of the past five years have pulled down those longer term averages quite a bit. In other words, the current period is clearly atypical of the past.

The lower yields in recent years have been a boon to home owners, who have benefitted from the correspondingly low 15- and 30-year mortgage rates.

But those low yields have also been of great benefit to the federal government, which has been able to borrow at exceptionally low rates to fund its deficit spending.

However, if the interest rate on the national debt rises to just the 20-year-average of 4.60 percent, an enormous portion of tax revenue would go toward paying the interest — leaving insufficient funds for healthcare, food stamps, bridges and roads, social security, or defense. You name it, and it would be either underfunded or unfunded.

That's a troubling projection considering our $17.5 trillion national debt, as well as how much tax revenue the government currently spends servicing that debt.

The United States spends about $230 billion a year in finance payments to creditors. To put $230 billion a year in perspective, "It's more than the U.S. spends at the departments of Commerce, Education, Energy, Homeland Security, Interior, Justice, State and the court system combined," says Erskine Bowles, the Democratic co-chair of President Obama's National Commission on Fiscal Responsibility and Reform.

When rates inevitably rise to levels more in line with the 20-year average of 4.60 percent, the costs will be crippling. Again, the current yield of 2.69% is 58 percent lower than the 20-year average. That's a sobering perspective.

Again, remember that the current 10-year Treasury yield is already 95 percent higher than the all time low set less than two years ago. Yet, the yield is still low by historical standards. When rates are this low, even small increases make a big difference.

For example, if the 10-year Treasury moves from 2% to 2.50%, that half-point increase actually represents a proportionate increase of 25%, which is substantial.

However, when rates are at 5%, a half-point increase isn't as impacting.

Of course, the U.S. will pay its debts. The government will just have less money to pay for all the domestic needs that most of us perceive as vital to a highly functioning society — the kind of things we have come to think of as "normal" — such as healthcare, food stamps, bridges, roads, social security, defense, etc.

Such an outcome would negatively affect the broader economy.

As long as any government can continue to access the debt markets to fund its spending, it can conceivably continue deficit-spending in perpetuity without getting into too much trouble. It just needs to continually pay its creditors on schedule.

But if the debt markets become dubious about a government's ability to service its debts, that government would end up paying exorbitant interest rates to continue borrowing, which just makes its existing debt problem even worse. Think Greece.

Additionally, if debt service begins to occupy so much of a government's budget that it robs from critical government functions, then the debt level would begin to affect economic growth.

No matter how you slice it, when interest rates eventually rise to more traditional levels, it will create some really ugly scenarios.

Of course, this doesn't even begin to consider the fact that higher interest rates would affect all facets of our society and economy. The only ones that would benefit would be savers, which in itself would be a good thing.

It's just really important for all of us to consider where we are in the historical timeline, and that everything eventually reverts to the mean.

From January of 1962 to October of 2013, the 10-year Treasury note averaged 6.57 percent. It won't have to rise to even 5 percent to send shock waves throughout our economy and government.

What's behind these historically low rates? It's mostly a byproduct of the uncertainty in global markets and a flight to the perceived safety of U.S. Treasuries. The high demand drove down yields. When demand is high, the government doesn't have to induce people to lend it money. During times of economic uncertainty, investors are willing to leave their money tied up at low rates just to keep it safe.

Beginning in December 2008, the Federal Reserve set a target of 0.00 - 0.25% for the Federal Funds Rate, essentially an overnight lending rate for banks. The FFR is presently 0.08%, which essentially allows banks to borrow for free. The FFR affects short term rates, but it can also impact longer term interest rates.

So, though the Fed doesn’t control long-term rates, its policy with regard to short-term rates sets the basis for yields on government bonds with longer maturities.

This is all a great, big gamble. Investors have accepted these low returns just to keep their money safe during a prolonged period of economic uncertainty brought on by the Wall St. meltdown, the Great Recession, the eurozone debt crisis, and the fiscal cliff.

Ultimately, rates — both long term and short term — have nowhere to go but up. If the 10-year Treasury yield gradually doubles, reaching 5.38 percent, it would still be below its 30-year average of 5.93 percent. So, it's not an unrealistic scenario.

That wouldn't just upend the bond market; it would upend life as we know it in the U.S.

Posted by The Independent Report at 3:45 PM No comments: Links to this post