Decline in Boomer Spending Will Reverberate Through U.S. Economy 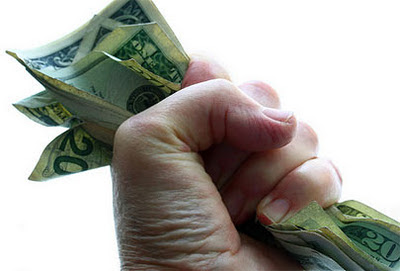 For the past few decades, the U.S. economy has been driven by the spending habits and consumption of the Baby Boomer generation.

However, as this group nears retirement — a process that will play itself out over the next 18 years — their incomes, savings, investments, and consumption will all decline.

This trend will significantly alter our economy.

Demographic research shows that people overwhelmingly begin to spend more in their 30s and through their 40s.

According to the work of demographic trend expert and economic researcher Harry Dent, individuals typically hit their peak spending between the ages of 46 to 50.

Once a person reaches the age of 50, spending begins to fall. And after the age of 60, the decline in spending is significant, falling below that of young people in the 18-22 demographic.

Unfortunately, the U.S. — like most of the developed world — has a rapidly aging population that is well-past its peak spending years.

Obviously, retirees spend less money than working people. And due to the sheer size of the Boomer demographic — 76 million strong, or 25% of the US population — the impacts will be far-reaching.

As of 2008 — the latest data available — people aged 65 to 74 were spending 12.3% less than they did ten years earlier, in inflation-adjusted terms. Though this group typically spends less on clothes, cars, home furnishings and going out to eat, they also spent 75% more on health care and 131% more on health insurance.

This means that the health care industry is likely to be about the only “engine” for economic growth in the U.S. for the next two decades.

All we need to do is look at Japan to see what happens after the Boomers have passed their peak spending years. Japan's Baby Boomers reached peak spending in 1990, and it's been downhill ever since for Japanese stocks and real estate.

For roughly the past quarter century, Americans saved less and less with each passing year. The flipside of this savings decline, of course, was an epic spending boom. People saved less because they bought more — all too often on credit.

In fact, the savings rate even went negative in the last decade.

However, due to a combination of inflation, stagnant wages, high unemployment and sinking home values, those trends are now in reverse. Over-indebted Americans have pulled the plug on their formerly spendthrift ways.

Obviously, retirees aren't savers; they're spenders. Yet, as noted, they spend much less than during their prime earning years.

So the giant Boomer population will contribute a combination of less savings and less spending to the economy. Since savings are generally a requisite for local and national investment, the end result is a double-whammy.

As the baby boomers sell off their stocks and mutual funds to pay for retirement, it will likely affect both the demand for, and the prices of, those assets. Ultimately, the stock market may be headed for a prolonged downward trend.

If the economy continues to follow the decline in spending, we're in for another lean decade, as the next peak spending pickup is not scheduled until 2022. That's when the next "baby boomlet" should hit its peak spending stride.

The Baby Boomers drove the U.S. economy for the last few decades, but those days are essentially over.

The 25-year Boomer borrowing and spending binge is coming to an end. The hangover will be really bad.

Posted by The Independent Report at 4:46 PM