Is the US Inching Closer to Negative Interest Rates? 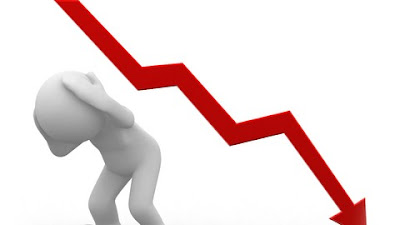 Of unicorns and interest rates...

The Federal Reserve decided to leave its benchmark interest rate unchanged on Wednesday, maintaining its zero-interest-rate policy (ZIRP) that has been in affect since December 2008.

The decision likely surprised no one. It is an open admission that the Fed doesn’t have much faith in the US economy, or its alleged recovery.

Markets (and the economy) are moved by sentiment (including fear), and this decision signals that economy still isn’t healthy in the eyes of America’s central bank.

For many months, the Fed has led us to believe that would soon raise its key rate; first in June, then in September, and then again in October. Instead, there has been no change in policy.

It's all been much ado about nothing.

The federal funds rate — the benchmark rate for all long term lending in the US — has never been this low, this long.

Over the last two years, four central banks in Europe moved interest rates into negative territory. The negative interest rate policy (NIRP) was introduced when ZIRP wasn’t working as intended (stimulating the economy through the increased lending of cheap money).

The problem is that, even at these extraordinarily low rates, there aren’t enough borrowers.

The European Central Bank (ECB), along with the central banks of Sweden, Denmark, and Switzerland, all charge large depositors to hold cash.

That’s pretty shocking. It would be even more shocking if it were to be employed here in the US.

But what was once unimaginable in the US is suddenly quite imaginable. After all, the template has been created in Europe. The playbook has been written. There is a precedent taking place right now.

While individuals might be able to close their accounts to avoid the fees — moving to an all-cash payment system where they can — corporations are not able to do this. That would be very costly and disruptive for them.

In a normal world, banks take cash from depositors, pay them interest, and then lend the money at higher rates to borrowers. This helps fuel economic activity and growth.

But this is no longer a normal world.

US rates are significantly higher than the rest of the developed world. The 10-year U.S. Treasury bond yields around 2.0%. Meanwhile, the German 10-year pays a mere 0.5%, and Swiss 10-year bonds are yielding -0.3%.

This is attracting foreign depositors and strengthening the US dollar. That’s making our goods more expensive overseas and hurting trade. In fact, quarterly profits and revenue are set to decline together for the first time since the financial crisis.

Rather than concerning ourselves about when the Fed might finally raise interest rates, maybe we should instead be wondering when they might actually cut them to negative.

No one had ever seen ZIRP before 2008. It was a mythical notion, like a unicorn.

However, now that we’ve seen one unicorn, another may be on the horizon. We might call it NIRP.
Posted by The Independent Report at 11:19 AM