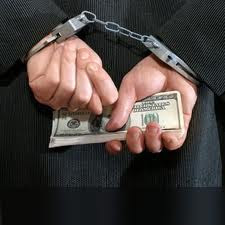 Since the 2008 financial crisis, at least, many Americans have come to view bankers in a negative light. It is not an uncommon view that the Big Banksters are seedy, unethical, crooked and even criminal.

Wall St. (and other) banks were handing out mortgages to anyone with a pulse. People with no reasonable expectation of servicing a home loan were extended credit, sometimes in absurd amounts. The massive debt expansion that ensued eventually caused a historic residential and commercial real estate bust that nearly torpedoed the US and global economies.

The banks that made these reckless loans quickly sold them off to other lenders as if they were handing over grenades without their pins. Get away quick! Millions of dubious loans were bundled and sold as Wall St. securities to countless investors. It was like selling well-masked time bombs.

But that story — as famous and historic as it is — was just the surface, the most public aspect of outright criminality by the Big Banks.

Just this week it was reported that the Justice Department is looking into possible fraudulent manipulation of the $12.5 trillion Treasurys market. The focus of the probe is on Treasury auctions, a secretive process when interest rates are set for the offerings.

If criminal wrong doing is eventually discovered, it will not be the least bit unique or surprising. And it will merely result in a paltry fine (by banking standards) that will change nothing. For banks, fines are merely a marginal operating cost in a very lucrative business.

Traders from Citigroup, J.P. Morgan, UBS, RBS and Barclays are known to have rigged the currency market. In fact, the traders referred to themselves as "the cartel."

As a result, regulators around the globe fined these banks nearly $6 billion in May.

Yet, $6 billion in fines is merely the cost of doing business for the Big Banks. Breaking the law is incentivized if a penalty of $6 billion is the consequence of earning hundreds of billions of dollars.

Such a fine is not a penalty; it is an inducement and an enticement. It encourages and guarantees the status quo: more rigging, more corruption and more law-breaking.

Criminality and fraud are endemic in modern banking.

Bloomberg reported the following in 2010:

"Wachovia, it turns out, had made a habit of helping move money for Mexican drug smugglers. Wells Fargo & Co., which bought Wachovia in 2008, has admitted in court that its unit failed to monitor and report suspected money laundering by narcotics traffickers -- including the cash used to buy four planes that shipped a total of 22 tons of cocaine.

"Wachovia admitted it didn’t do enough to spot illicit funds in handling $378.4 billion for Mexican-currency-exchange houses from 2004 to 2007. That’s the largest violation of the Bank Secrecy Act, an anti-money-laundering law, in U.S. history -- a sum equal to one-third of Mexico’s current gross domestic product."

There are many more cases of blatant criminality by the Big Banks.

"Bank of America, Western Union, and JP Morgan, are among the institutions allegedly involved in the drug trade. Meanwhile, HSBC has admitted its laundering role, and evaded criminal prosecution by paying a fine of almost $2 billion," reported the Huffington Post in January, 2014.

If laundering money for drug cartels wasn't bad enough, HSBC was found to have laundered money for terrorist groups and the Iranian government, which is listed as a state sponsor of terrorism by the US.

In other words, this behavior was not inadvertent or unintentional. To the contrary, it was willful and purposeful.

The bank’s regulator, the Office of the Comptroller of the Currency (OCC) failed to monitor $60 trillion in wire transfer and account activity, and didn't take a single enforcement action against HSBC despite numerous violations by the bank.

The global economy is roughly $77 trillion, so that gives you a sense of proportion here.

The US government, which has been co-opted by the Big Banks, turns a blind eye to nefarious and illegal activities. So, what's the point of having a regulator? The foxes are guarding the henhouse.

Major global banks were also found to have manipulated the Libor (London Interbank Offered Rate), which is the interbank lending rate. Banks were falsely inflating or deflating their rates to profit from trades.

Libor underpins approximately $350 trillion in derivatives, so this is a really big deal.

Mortgages, student loans, financial derivatives, and other financial products often rely on Libor as a reference rate. So, the manipulation of Libor can have significant negative effects on consumers and financial markets worldwide.

Federal Housing Finance Agency Inspector General and auditor Steve A. Linick said that Fannie Mae and Freddie Mac may have lost more than $3 billion because of the manipulation.

Additionally, it is estimated that the manipulation of Libor cost US municipalities at least $6 billion.

The Big Banks involved in the Libor scandal, such as Barclays ($360 million) and UBS $1.2 billion), were merely fined. These fines are chump change relative to the billions that were collected through fraud and rigging. Critically, no one involved went to prison.

Fraud and rigging are rampant at the Big Banks. Criminality is endemic. It is their method of operation.

The fact that no one from these banks is serving time for these assorted crimes is, itself, criminal. This miscarriage of justice simply reinforces criminality. The profits of criminal banking are so grand, and the penalties so weak, that the Big Banks are incentivized to break the law. And our government (via the Justice Department) tolerates it. In fact, it implicitly condones it.

There is no morality, ethics, scruples or decency to be found at the Big Banks. There is only the quest for profit and power.

There is no justice in the corridors of power, or for those who run the Big Banks.

The Banksters make the rules, and when they can't, they simply break them with impunity.

Posted by The Independent Report at 11:24 AM