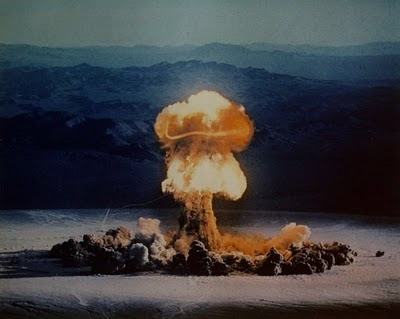 Financial jargon is often arcane and perplexing to the average person. While even casual observers have surely heard of derivatives, most are unlikely to know what exactly they are.

Derivatives, or swaps, are basically bets between companies and banks that are designed, in essence, to be insurance policies.

The problem with derivatives is that since they often involve highly leveraged bets, they can be very dangerous. A small change in market conditions can mean huge losses.

In fact, derivatives were used to conceal credit risk from third parties while protecting derivative counterparties, which contributed to the financial crisis in 2008.

That threat still lingers today. If interest rates were to rise unexpectedly, for example, it could result in a financial bloodbath on Wall Street.

Derivatives are used to make the really big money on Wall St. They can be many things, but are basically contracts or bets that derive their value from the performance of something else — an interest rate, a bond or stock, a loan, a currency, a commodity, virtually anything.

For traders, derivatives are a perfect product. They can also be highly lucrative to financial institutions. Over the last five years, banks earned an estimated $20 billion selling derivatives just to school districts, hospitals, and scores of state and local governments across the country.

Yet, as Warren Buffett famously stated, derivatives are "financial weapons of mass destruction."

A quadrillion is an incomprehensibly massive figure: 1,000 times a trillion. The market's notional value is 20 times the size of the global economy.

The annual gross domestic product of the entire planet is between $50 trillion and $60 trillion.

That's by design. The whole market is set up to be incomprehensible to anyone other than those who arranged it, making it beyond regulation.

Insured U.S. banks and savings institutions held $222 trillion worth of derivatives in the second quarter of 2012, according to the Office of the Comptroller of the Currency. Yet, the total U.S. economy is approximately $15 trillion.

Most disturbingly, another financial crisis is inevitable because the causes of the previous one have never been resolved.

If any of these six banks fails, the repercussions to the U.S. and global economies would be disastrous.

What is particularly troubling — and appalling — is that the Dodd-Frank law places taxpayers as the backstop behind Wall Street derivatives trading.

As the Wall Street Journal reported:

Little noticed is that on Tuesday Team Obama took its first formal steps toward putting taxpayers behind Wall Street derivatives trading — not behind banks that might make mistakes in derivatives markets, but behind the trading itself. Yes, the same crew that rails against the dangers of derivatives is quietly positioning these financial instruments directly above the taxpayer safety net...

The authority for this regulatory achievement was inserted into Congress’s pending financial reform bill by then-Senator Chris Dodd...

Specifically, the law authorizes the Federal Reserve to provide “discount and borrowing privileges” to clearinghouses in emergencies.

To get help, they only needed to be deemed “systemically important” by the new Financial Stability Oversight Council chaired by the Treasury Secretary.

So, once again, American taxpayers have been set up as the bailout agents for Wall St. banks and the wider financial industry.

The question is, given the size of our economy relative to the derivatives market, where will all the necessary bailout money come from when that market eventually implodes?

Undoubtedly, the Fed will just print it. That has always been its solution to every crisis.

Posted by The Independent Report at 3:32 PM