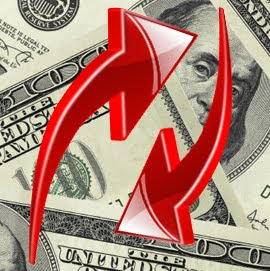 American workers have seen a 0.5 percent decline in the inflation-adjusted value of their paychecks over the past year. That decline is a worrisome development since the Consumer Price Index increased 1.7 percent over the 12 months ending in June.

Both data points are indicators of a struggling economy and raise the specter of deflation.

Though the inflation rate averaged 2.35 percent over the first six months of the year, the rate has gone down each and every month, dropping from 2.93 percent in January to 1.66 percent in June. That decline has paralleled the slowdown of the economy.

The inflation rate was below 2 percent in both May and June, a slower pace than the Federal Reserve would like. Historically, from 1914 to 2012, the United States inflation rate has averaged 3.36 percent.

Europe is already in recession, the U.S. economy has been slowing for six months, and the larger global economy is gradually losing steam right along with it. Recessions are, by definition, deflationary. That's the primary concern of the Federal Reserve at present.

While the falling prices associated with deflation might not seem like such a bad thing to the average consumer, falling wages are another thing altogether. Falling wages make debt repayment all the more difficult, and Americans are still saddled with onerous debts. Though total household debt fell from $12.7 trillion in 2008 to $11.4 trillion as of the first quarter of 2012, it is still enormous by any measure.

Given that the Fed has pumped trillions into the economy and banking system over the past few years, the typical concern should be price inflation. Yet, it is rather tame at the moment and is, in fact, declining.

To fend off signs of a double-dip recession, the Fed will continue to print money — lots of it. And it will continue buying Treasuries as well — lots of them. QE3 is just a matter of time. Through its purchases of additional government debt, the Fed hopes to prevent money from draining out of the financial system in a deflationary spiral.

But after lowering short-term rates to nearly zero, funneling oodles of money into the Big Banks and buying enough mortgage-backed bonds to drop mortgage rates to record-low levels, the question is, What more can the Fed do?

Even if money is made cheap and readily available, the Fed cannot force Americans to borrow. People with huge debts, falling wages, no jobs, or the fear of becoming unemployed, will not be persuaded to borrow.

And therein lies the problem: our entire economy is predicated on borrowing and lending for economic growth to occur. Money is created through borrowing. Without borrowing, there is less money and no growth. Absent growth, there are no jobs. And without jobs, there is no recovery.

The fear of so many economists is that the U.S. might be following Japan's path into a "lost decade" of our own.

That is a disturbing and worrisome possibility.

At some point, the Fed will have to mop-up, or extract, all those trillions of dollars in excess liquidity from the economy. If it is unable to do that quickly enough, and at will, then the focus will shift back to inflation — perhaps lots of it.

Posted by The Independent Report at 2:46 PM