Economic Growth Is Predicated On Debt 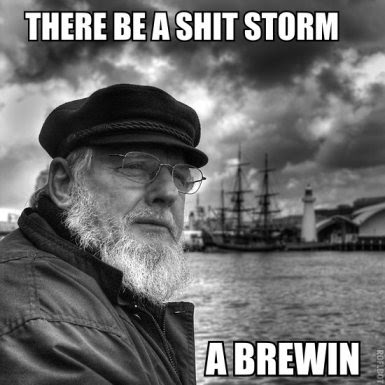 Though the national debt already exceeds $15.7 trillion, and is bigger than the entire U.S. economy, it is projected to just keep on growing.

According to the latest estimate from the Congressional Budget Office (CBO), the government will run a $1.2 trillion deficit for the current fiscal year, which ends September 30. The new projection is about $100 billion higher than the previous estimate and is due primarily to the renewal of a 2 percentage point cut in payroll taxes and extended jobless benefits for people languishing on unemployment rolls for more than six months.

There have been persistently large deficits every year since the start financial crisis and subsequent Great Recession. Tax revenues fell nearly 17 percent in fiscal 2009, the biggest decline since 1932. That year, the deficit was $1.4 trillion, followed by $1.3 trillion deficits in both 2010 and in 2011.

According to the CBO, President Obama‘s proposed budget would produce a deficit of $977 billion in fiscal year 2013.

The problem stems from a huge collapse in personal and corporate tax revenues and a commensurate rise in safety net payments for things like unemployment, food stamps and Medicaid.

Last year, federal spending amounted to nearly 24 percent of GDP. However, federal revenues fell to 14.8 percent of GDP, the lowest intake relative to GDP in 60 years. The shrunken receipts were part of a continuing trend; revenues were 14.9 percent of GDP in 2009 and 2010.

It's evident that Washington has a revenue problem in addition to its spending problem.

Revenue from corporate income taxes was between 5 percent and 6 percent of gross domestic product back in the early 1950s. However, federal corporate tax collections made up only 1.3 percent of U.S. GDP in 2010.

Confronted by these historically low revenues, Congress will seek a combination of budget cuts and tax hikes. However, due to strong Republican opposition, the latter may amount to nothing more than allowing the already legislated expiration of the Bush tax cuts at the end of this year.

But, as Europe is painfully learning, austerity (aka budget cuts) can push a struggling economy right off the rails. The U.S. economy has become heavily reliant on government deficit-spending to maintain growth. Absent government deficit-spending, our economy would still be in recession (more likely a depression) and would have entered one years earlier, long before the financial collapse of 2008.

Think about what would happen to the economy if federal spending were halved right now, from 24 percent of GDP to just 12 percent. Even if spending were cut by a quarter, the economy would grind to a halt. Sadly, the U.S. economy has become wholly dependent on government deficit-spending.

Growth would need to equal 5 percent for all of 2012 just to lower the average jobless rate for the year by 1 percentage point. Clearly, that's not going to happen.

Too many Americans are unemployed or have dropped out of the workforce altogether. In April, the number of people not in the labor force rose from 87,897,000 to 88,419,000, a whopping increase of 522,000. This is the highest on record. The labor force participation rate recently dipped to a new 30-year low of 63.6%.

Until employment improves considerably and genuinely (not some phony government accounting that ignores all the millions who have dropped out of the workforce), tax revenues will remain perpetually low.

So, without jobs there will be no economic growth. But if the economy isn't growing, companies won't hire. It's a chicken and egg conundrum.

To make matters worse, the U.S. will find it increasingly difficult to service its mammoth debt without robust economic growth.

The U.S. paid $454 billion in interest on its publicly held debt in fiscal 2011, which ended September 30. However, the National Commission on Fiscal Responsibility and Reform, better known as the 'debt commission', projects that the interest on the debt could reach $1 trillion by 2020 if Congress doesn't act immediately.

With a debt so massive, the U.S. desperately needs growth. Yet, the private sector isn't capable of doing it alone.

Despite this, Congress plans significant budget cuts next year, in addition to allowing the payroll tax holiday and the Bush tax cuts to expire. That combination will lead to a recession, the CBO announced on Wednesday.

If these planned tax hikes and budget cuts aren't changed, the CBO says it will result in a fiscal contraction (commonly referred to as a "fiscal cliff"), that will shrink the economy by 1.3% in the first half of 2013 (a technical recession) before expanding 2.3% in the second half.

So, even if those budget cuts and tax increases are enacted as planned, they would still result in a continued deficit and even more debt.

How's that for an outcome? This fiscal "solution" would not only result in a recession, but would still leave the federal government with a budget deficit as well. That's what you call bad medicine.

Our economic system is predicated on debt. Since all money is loaned into existence, money equals debt. The economy can't grow without an expansion of debt, meaning that debts can never be fully retired. If debt isn't accumulating, then money isn't being created and the whole system locks up and shuts down.

It's for this reason that you can expect continued deficit spending and a perpetual expansion of the federal debt. It's been going on for many decades, with the exception of a brief respite during the Clinton years. When the government finally runs out of foreign lenders, the Federal Reserve will just ramp up its printing and further devalue the dollar.

This fiscal mess comes at a particularly bad time for a nation confronting a long term wave of retirements by its Baby Boomers, one-quarter of the population. This will dramatically raise expenditures for things like Social Security and Medicare, even as the nation's productivity suffers a parallel and resulting decline.

Such a decline in productivity is a recipe for disaster to a nation so reliant on the perpetual-growth economic model.

As I've said repeatedly, there are no good solutions to our economic woes; only very difficult choices. We have entered a debt trap that presents an enormous conundrum; do we continue to mortgage our nation's future by becoming even more grossly indebted? Or, do we show fiscal restraint and suffer the consequences of lowered growth, economic stagnation or even the possibility of another depression?

My guess is that the government maintains its deficit spending because it has no other choice. The economy must grow or it will die. Stasis equals death. Some entity must attempt to spend the economy into a more robust pattern of growth, which will result in even more debt. If it's not the private sector, then it will be the public sector.

There are some really serious and difficult challenges ahead us as a nation. And I'm not talking about ten years from now either. Some really unpleasant realities will have to be confronted starting next year, and again each year thereafter.

You could say there's a shit storm a brewin'.

Posted by The Independent Report at 2:31 PM