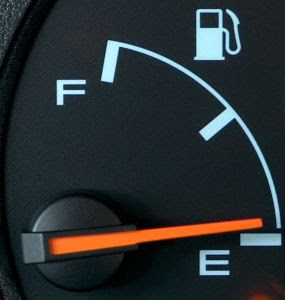 America's heavy reliance on foreign oil puts it in a precarious position as a super-power. In 1970, the US was still the world’s oil largest producer, but its crude production then peaked at a level never since exceeded.

Some may be surprised to discover that the US is currently the world's third-biggest oil producer, after Russia and Saudi Arabia. But America's seemingly unquenchable appetite for oil also makes it the world's largest oil importer, by far.

Each day, the US imports roughly half the crude it uses.

Unfortunately, the US is only able to supply 48.6% of the oil it consumes, while importing 51.4% (or 9.67 million barrels per day), from oil-exporting nations.

However, demand for oil is increasing globally — particularly in developing nations — creating a growing competition for this finite commodity. In fact, global usage is outstripping new discoveries. For every four barrels of oil consumed, only one is discovered.

The International Energy Agency (IEA) notes that the decline rate for oil production appears to have increased to about 7% annually. That's a stunning revelation. To make matters worse, the IEA says that global demand should increase by 1.4%, or 1.2 million barrels per day, every year through 2015.

What is evident is that supply and demand are moving in the opposite directions, or, more accurately, the wrong directions. And what this tells us is that prices are going to rise.

Perhaps Mr. Bodino hadn't seen the stunning IEA data about the decline rate for oil production. Yet, other analysts appear to be well-aware of the data.

According to Kevin Kerr, editor of Kerr Commodities Watch, oil prices will climb significantly higher. By next year, Kerr thinks crude’s record high price of around $147 “may seem cheap.”

“The long-term prognosis for oil prices is much higher simply due to growing global demand,” says Kerr. “While the economic turndown has slowed usage, the growth in places like China and India are increasing demand rapidly [and] as the economies of the planet improve, so will demand for oil and gasoline.”

Absent the ability to rapidly increase supply, this will result in higher prices for all of us — perhaps much higher.

Such an increase seems highly unlikely though.

In 2009, Dr Fatih Birol, the chief economist at the respected IEA, said that most of the major oil fields in the world had passed their peak production and, consequently, the world is heading for a catastrophic energy crunch that could cripple a global economic recovery.

The first detailed assessment of more than 800 oil fields in the world, covering three quarters of global reserves, found that most of the biggest fields have already peaked and that the rate of decline in oil production is now running at nearly 7%.

This should have been front-page news the world over. But did you hear anything about it? Unless you are a keen observer of energy news, it's not likely.

In its landmark assessment of the world's major oil fields, the IEA concluded that global consumption of oil was "patently unsustainable", with expected demand far outstripping supply.

The rise in demand from China and India will create a huge supply gap that will radically alter prices, global trade and the entire global economy.

In a rather stunning development, in 2009 China surpassed the US as the world's biggest energy consumer. The tremendous growth of China's economy has been predicated on massive energy consumption, and passing the US reflects the Asian nation's rapid and enormous expansion.

With a population of 1.3 billion people, China outnumbers the US by one billion citizens. The need to provide energy for all of those people is transforming global energy markets and increasing the global demand for oil.

That, in turn, is affecting prices.

With 20 percent of the global population, China's enormous demand will continue to drives oil costs.

Given that oil is a finite resource, China's consumption and growing demand ultimately affects the US. There will be great competition for the world's remaining energy resources.

While US industrial activity has ebbed due to the recession and economic downturn, China has continued to experience annual double-digit growth rates.

In the early 1990s, China became a net oil importer for the first time as its demand finally outpaced domestic supplies. So, while China was previously a major exporter of both oil and coal, it is now heavily reliant on imports.

China is, and will long remain, one of the US's primary competitors for limited oil resources. However, in an ironic twist, America's robust appetite for Chinese exports helps the Asian giant pay for foreign oil.

China's growing energy consumption will affect the US (and the rest of the world) in manifold ways, not the least of which is economically.

Over the past century, the growth of the US economy into the global leader was predicated on energy availability and consumption. This new radical shift could put that position into play.

Whereas the US once took for granted its position as the dominant global player and energy / resource user, it can no longer do so. China is now competing with the US for vital resources, including oil. The competition will be fierce, and costly.

The US, with just five percent of the global population, currently uses 22 percent of the world's oil. But that is not a birthright. Our ability to obtain all that oil is what has made the US the world's political, economic and military leader.

Yet, the US is suddenly faced with a extraordinarily large rival that has very deep pockets, thanks to our continual purchases of cheap Chinese goods.

The US will have to increasingly rely on energy efficiency as the quest for energy resources becomes ever-more competitive.

Yet, while China plans to spend $738 billion on clean energy over the next decade, the US can't even pass an energy bill — even as Big Energy lobbyists continue to water it down.

Posted by The Independent Report at 1:55 PM