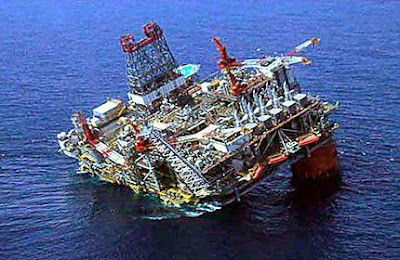 In March 2010, the Smith School of Enterprise and the Environment published a paper stating that the capacity to meet projected future oil demand is at a tipping point and that the development of alternative energy fuel resources needs to be accelerated in order to ensure energy security and reduce emissions.

The Status of Conventional Oil Reserves – Hype or Cause for Concern?, published in the journal Energy Policy, concludes that the age of cheap oil has now ended and demand will start to outstrip supply as we head towards the middle of the decade.

The report also suggests that the current oil reserve estimates should be downgraded from between 1150-1350 billion barrels to between 850-900 billion barrels, based on recent research.

Overcoming such potential oil shortages will be a vexing challenge.

The world is currently consuming more than 88 million barrels of oil daily, an annual total amounting to nearly 32 billion barrels. But with the developing world continually using ever greater quantities of oil, that amount will only grow in the coming years.

However, according to a research paper by Joyce Dargay of the University of Leeds and Dermot Gately of New York University, official forecasts by OPEC and the U.S. Department of Energy may be underestimating the future demand for oil by 30 million barrels a day.

If this is accurate, the next oil crisis is going to be life altering for all of us.

Dargay and Gately project that per-capita oil demand will grow to 138 million barrels a day in 2030.

If that's accurate, the supply of oil won't even begin to keep up with increasing global demand.

Unfortunately, Peak Oil is upon us, and recent oil finds have been far too small to make an appreciable difference in overall supplies.

The International Energy Association (IEA) says that growth in worldwide oil demand is outstripping growth in new supplies by 1 million barrels a day per year.

According to the IEA, it’s getting harder to access and exploit conventional resources and, “The age of cheap energy is over.”

Oil companies are having to go into ever deeper waters, at ever-increasing expense, just to retrieve the finest oil. That's because the cheaper, easier to access, land-based oil supplies are clearly in decline.

For example, the once-mighty Cantarell field was the third-largest oil field in the world. Today, it is one of the chief reasons why Mexico's oil exports are shriveling. That poses a critical problem for the U.S. since Mexico is the number two exporter to our nation, following Canada.

This sort of decline is a prime reason why there is now such an interest in oil sands, which result in a heavier, lower-grade, harder-to-refine oil. Oil sands are also much more expensive to refine, resulting in higher prices for consumers.

Here's the reality; there's still plenty of oil left in the earth, just not cheap oil. Those days are over. Simple market forces are revealing that there is not enough oil to keep up with rising global demand and, as in any market, that means rising prices.

Eventually, and much sooner than most people realize, the margin of supply will shrink to the point that our lives, and our modern economy, will be irrevocably altered.

Posted by The Independent Report at 10:56 AM