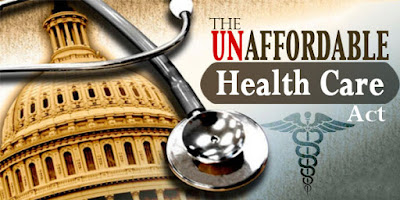 Healthcare and health insurance have been hot topics in the U.S. for well over a decade now. But, to be clear, they are not one and the same.

Healthcare is about access and affordability; the ability to get care when needed and the ability to pay for it without going bankrupt or into debt. Health insurance, on the other hand, is supposed to provide financial protection in the eventuality of a costly illness or injury.

What the U.S. suffers from is a lack of accessible and affordable healthcare. What good is health insurance if you can't access or afford healthcare anyway?

The Affordable Care Act (ACA) was supposed to remedy these problems. However, after seven years of existence, the law has had, at best, uneven results.

However, most of these people tend to be poor Americans who receive subsidies through the ACA’s health exchanges and people who qualify for Medicaid, which was designed for the poor.

The Congressional Budget Office reported in March 2016 that there were approximately 12 million people covered by the exchanges, 10 million of whom received subsidies to help pay for insurance. Another 11 million were made eligible for Medicaid by the law, a subtotal of 23 million people. An additional 1 million were covered by the ACA’s "Basic Health Program," for a total of 24 million.

Wealthy Americans can afford healthcare, even though it is expensive. They do not avoid the doctor or monthly insurance payments because the cost interferes with their mortgage payments or ability to eat.

The people squeezed by the ACA are those in the broad middle — the ones who make too much to receive a subsidy, yet too little to practically afford soaring premiums and deductibles.

The way insurance is supposed to work is that you either pay a high premium that affords you a low deductible (out-of-pocket treatment cost) or you pay a low premium that puts you on the hook for a higher deductible when you eventually get sick or injured.

Middle income Americans are rightly angry about health insurance costs; both our deductibles and our premiums have concurrently shot upward. This is not how insurance is supposed to work.

Healthcare and insurance costs have become unreasonable and unmanageable, and the ACA hasn't changed that. But it wasn't always this way.

As recently as 1980, health care expenditures were just 4.2 percent of gross domestic product. Since that time, costs have taken off like a rocket and they now account for roughly one in six of all dollars spent in the U.S.

National health expenditures grew 5.8 percent to $3.2 trillion in 2015, or $9,990 per person, and accounted for 17.8 percent of Gross Domestic Product (GDP), according to the Centers for Medicare & Medicaid Services (CMS).

Per capita healthcare spending in the U.S. is more than twice the average of other developed countries. Meanwhile, the share of GDP allocated to health spending in the 34 OECD (developed) countries was just 8.9 percent in 2013. That’s less than half the percentage the U.S. spent.

Despite these massive expenditures, the U.S. gets very little in return. Bloomberg put it this way:

The U.S. health-care system remains among the least-efficient in the world.

America was 50th out of 55 countries in 2014, according to a Bloomberg index that assesses life expectancy, health-care spending per capita and relative spending as a share of gross domestic product… and life expectancy was 78.9. Only Jordan, Colombia, Azerbaijan, Brazil and Russia ranked lower.

By those measures, the U.S. healthcare system is clearly failing.

A 2014 report from the Commonwealth Fund found that the US “ranked last overall among 11 industrialized countries on measures of health system quality, efficiency, access to care, equity and healthy lives.” The kicker was that the US has the highest costs while also displaying the lowest performance.

Whoever says, “You get what you pay for,” clearly hasn’t seen America’s deplorable healthcare statistics.

These findings are not a recent development. They are decades in the making.

Back in 2000, the World Health Organization ranked the US 37th of 191 countries for "overall health system performance," 72nd for "level of health," and first for "health expenditures per capita."

Yet, even as healthcare costs continue to soar, Americans are doing very little to help themselves. The U.S. is beset by lifestyle diseases, such as heart disease, hypertension and diabetes. In other words, Americans suffer from things that are preventable, but we choose to do little about them. The American diet is famously unhealthy and Americans exercise far too little, if at all.

A 2013 study by the CDC estimated that nearly 80 percent of adult Americans do not get the recommended amounts of exercise each week, potentially setting themselves up for years of health problems.

However, it’s a relatively small group of Americans that is driving the cost of healthcare.

Unlike other sectors, healthcare is one area where improvements in technology don’t lower costs. It’s a true anomaly because it’s by design.

More than anything else, the cost of healthcare in America is driven by greed. Hospitals, pharmaceutical companies and medical-device makers, for example, have determined that they can stick it to the federal government and the insurance companies. Those costs are simply passed along to tax payers and consumers, as Steven Brill so eloquently pointed out in his authoritative TIME magazine piece, Bitter Pill: Why Medical Bills Are Killing Us.

If we’ve learned anything from the ACA experiment, it’s that we can’t expect the government to save us. Accidents will surely happen, but the more we take care of ourselves the less likely we are to become sick and in need of healthcare.

Regular exercise results in health and wellness. Fitness means taking care of your health. In other words, fitness is health care. On the other hand, going to the doctor is sick care.

Taking care of yourself to the best of your ability is likely the best insurance policy you will ever have, or ever be able to afford.

As the old saying goes, an ounce of prevention is worth a pound of cure.
Posted by The Independent Report at 12:53 PM