Tar Sands Too Inefficient & Energy Intensive, Not Worth Cost 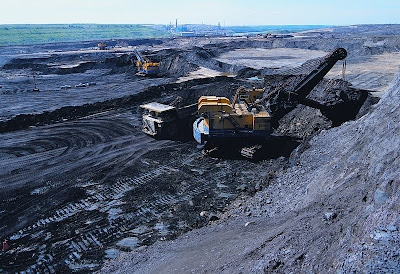 Perhaps you've heard of the Keystone XL pipeline. It's been in the news a lot lately. The pipeline was intended to carry tar sands oil across the Canadian border to the U.S.

There was a big hullabaloo in Congress over the pipeline, which was finally voted down by the Senate this week. Notably, 45 Republicans voted in favor, while the other two abstained.

The obvious question is, what is the value of tar sands?

The story currently being promoted by some suggests that Canadian tar sands (also known as oil sands) are the solution to America's energy needs and a way to relieve us of our reliance on Middle Eastern oil.

Somehow, this story ignores the fact that tar sands are still a form of imported oil, and that most of America's imported oil already comes from Canada and Mexico, not the Middle East.

But that's not the heart of the matter.

Here's the key question: What is the net energy returned after utilizing oil or natural gas to obtain more oil? In the oil business, this is referred to as Energy Return On Energy Investment (EROEI).

For example, if oil is selling for $100 per barrel and it costs $10 in energy to produce a barrel, the EROEI is 10. Traditional oil development is currently estimated to have an EROEI of about 15. Obviously, the higher the number (i.e., the higher the EROEI), the better.

If it requires a barrel of oil to retrieve a barrel of oil, then what's the point? Energy producers have to take into account the market price of oil or natural gas, versus how much it will cost to extract and refine them.

The light, sweet crude is the good stuff that sits at the top, where it's relatively easy to extract. The lower quality oil — like tar sands — just happens to be the most expensive oil because it is the most difficult to extract.

With tar sands, the cost to produce a unit of energy is much higher than with traditional oil. Simply put, tar sands do not come cheaply.

Just how energy-intensive are tar sands? Professor Kjell Aleklett of Uppsala University in Sweden, a recognized expert on tar sands, puts it this way: "The supply of natural gas in North America is not adequate to support a future Canadian oil sands industry with today's dependence on natural gas."

The problems begin right at the start of the operation. Tar sands are typically mined, which means a large amount of energy is required just to get the process started.

Tar sands are a mixture of roughly 90 percent sand, clay and water, plus 10 percent bitumen, a thick hydrocarbon liquid. After extracting that 10 percent of bitumen from the tar sand mixture, the bitumen can be purified and refined into synthetic crude oil.

Bitumen is one of the world's most expensive and heaviest hydrocarbons. And it is very energy intensive. In fact, bitumen production requires so much natural gas for processing and enrichment that it now accounts for one-fifth of Canada's natural gas demand.

That's the problem Professor Aleklett was referring to above.

Since bitumen is a highly viscous “heavy” oil that doesn’t flow as easily as lighter crude, it requires more processing to facilitate its flow through oil pipelines.

In fact, bitumen is so heavy and viscous that it will not flow unless it is heated or diluted with lighter hydrocarbons, such as natural gas. Typically, tar sands are produced using natural gas to heat the steam that drives the oil out of the sands. And it takes a lot of gas to do this.

Finally, bitumen has to be upgraded so that it can be refined. This can be done by adding methane or hydrogen — from even more natural gas — to the bitumen to create lighter oil.

Even if electricity is used to extract the tar sands and natural gas, this ultimately comes from a coal-fired power plant. It doesn't change the equation; you're still exchanging one form of energy for another. 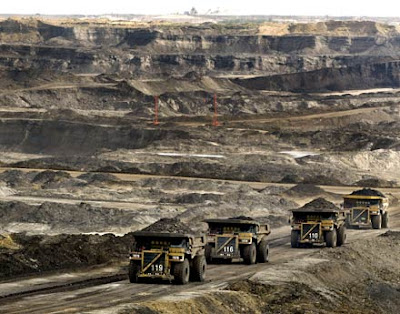 Perhaps you now get a sense of just how inefficient tar sands really are. In fact, tar sands are so inefficient that just 75% of the bitumen can be recovered from sand.

At the turn of the 20th Century, it took just one barrel of oil to find and liquidate 100 barrels. That amounted to an extraordinary Energy Return on Energy Investment.

However, according to Peter Tertzakian, the chief energy economist at ARC Financial Corporation, the EROEI for tar sands amounts to 7:1 for extraction and drops to 3:1 after it has been upgraded and refined into something useful, such as gasoline.

The process of making liquid fuels from oil sands requires abundant energy from beginning to end, extraction to refining. The entire process generates two to four times the amount of greenhouse gases per barrel of final product as the production of conventional oil.

Ultimately, squeezing oil out of tar sand is an extremely wasteful process, requiring between two and four tons of tar sand and two to four barrels of water to produce a single barrel of oil. The current level of water consumption is enough to sustain a city of two million people every year, according to an analysis by Energy & Capital. And after the water has gone through the entire process, it is so toxic with contaminants that it cannot be released into the environment.

When you look at the big picture, tar sands clearly aren't the answer to our energy needs. They're not even part of the answer. They are too energy intensive, release far too much carbon into the atmosphere and are far too dirty, polluting precious water supplies.

Until some renewable, synthetic fuel is developed that can reduce our reliance on fossil fuels, conservation will be our best bet. Oil prices are in a long term upward trend, and tar sands present more problems than solutions.

Posted by The Independent Report at 9:35 AM

The US economy is run like a casino and Wall St. is the house. Collateralized debt obligations (CDOs), credit default swaps (CDS) and derivatives are Wall Street's casino games. Naturally, the games are always rigged in favor of the house.
A market-based economy is wholly reliant on free markets to function properly. But we don't truly have free markets. What we have, instead, are manipulated markets.