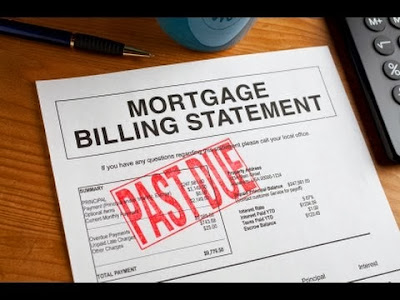 The latest report from Lender Processing Services shows that mortgage delinquencies have reached an all-time high.

More than 7.4 million home loans nationwide are in some stage of delinquency or foreclosure. And another one million properties are either bank-owned or have been sold out of foreclosure.

But what's truly stunning is that 10% of all U.S. loans are delinquent.

That huge volume of delinquent loans will assure another wave of foreclosures, a terrible sign for the housing market, as well as the overall economy.

As goes housing and employment, so goes the economy. And right now, it's a perfect trifecta of misery.

The difference between now and, say, a year ago is that delinquencies are hitting borrowers with good credit who have regular fixed-rate mortgages.

The other disturbing statistic is that older loans make up a higher percentage of new delinquencies.

All of the resulting foreclosures will result an ever-increasing inventory that will only serve to drive down home prices even further.

It's weird when the good news is that, "The pace of deterioration has slowed," as LPS noted. That sounds kind of hollow at the moment.

The worst-hit areas are the usual suspects: the boom-and-bust states of Florida, Nevada, Arizona and California, plus the economically savaged areas of Michigan and Ohio. However, few states are escaping the problem.

As further evidence of the crippled market, the government reported today that new home construction and building permits fell in February.

And once again, the good news was that the declines were better than some economists had forecast.

The fact that new home starts and building permits declined is a natural outcome of a market flooded with inventory. Who wants to buy a brand new house when there are so many foreclosures for sale?

Considering all the government intervention and price supports in the housing market, this may be as good as it gets.

The Fed is scheduled to end its purchases of mortgage-backed securities at the end of the month. That intervention has been artificially holding down interest rates. And the home-buyer's tax credits are set to expire on April 30.

How bad the market will become when those programs end is anybody's guess. But it doesn't take a soothsayer to predict that it won't be good.

Unless and until unemployment makes a significant change for the better, the housing market won't just remain in distress; it will just continue to deteriorate.

Posted by The Independent Report at 10:13 PM